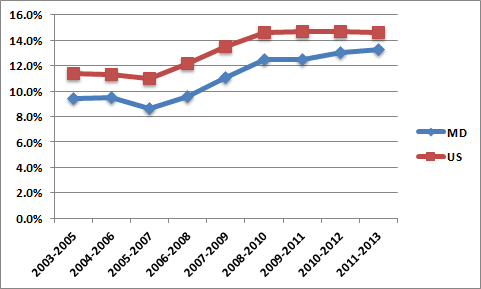 Definition:  The percentage of families who are food insecure.  The US Department of Agriculture (USDA) defines food insecurity as a measure of the lack of access, at times, to enough food for an active, healthy life for all household members; limited or uncertain availability of nutritionally adequate foods.

According to the United States Census Bureau’s 2012 Small-Area Income and Poverty Estimate (SAIPE), six Maryland counties (Howard, Montgomery, Charles, Calvert, Anne Arundel, and St. Mary’s Counties) are within the top thirty median incomes in the United States, making Maryland the wealthiest State in the country.  There is no Maryland community, however, that is free from the effect of hunger; 13.3% or about 1 in 8 households in Maryland face a constant struggle against hunger.

In partnership with Share Our Strength, and with the support of Maryland Hunger Solutions, the Partnership to End Childhood Hunger in Maryland leads Maryland’s efforts to connect children and families to nutrition resources.  This public-private partnership includes non-profit organizations, businesses and foundations, State and federal agencies, advocates, local leaders, and representatives from the faith community.  The Partnership emphasizes the need to provide access to healthy food where children and their families live, work, and play.

From the 2011-12 to the 2012-13 school year, Maryland had the fifth largest increase in participation in the School Breakfast Program in the Country.  This represents an 8.6% increase in participation, supporting academic achievement by connecting more than 12,800 additional children to breakfast each day.  Much of this growth in program participation is a result of schools implementing alternative delivery models, such as breakfast in the classroom, Grab-and-Go breakfast, and Second Chance breakfast.  These alternative models are addressing the many barriers to students eating breakfast in school, including inconvenience, stigma, bell schedules, and transportation issues.  While many schools have received private funding to implement these programs, Maryland has also been able to increase participation in Maryland Meals for Achievement (MMFA), an in-classroom breakfast program that provides every student breakfast at no cost.  The FY2014 budget included  a $1.8 million dollar increase for MMFA, allowing an additional 127 schools to participate in universal in-classroom breakfast during the 2013-14 school year. 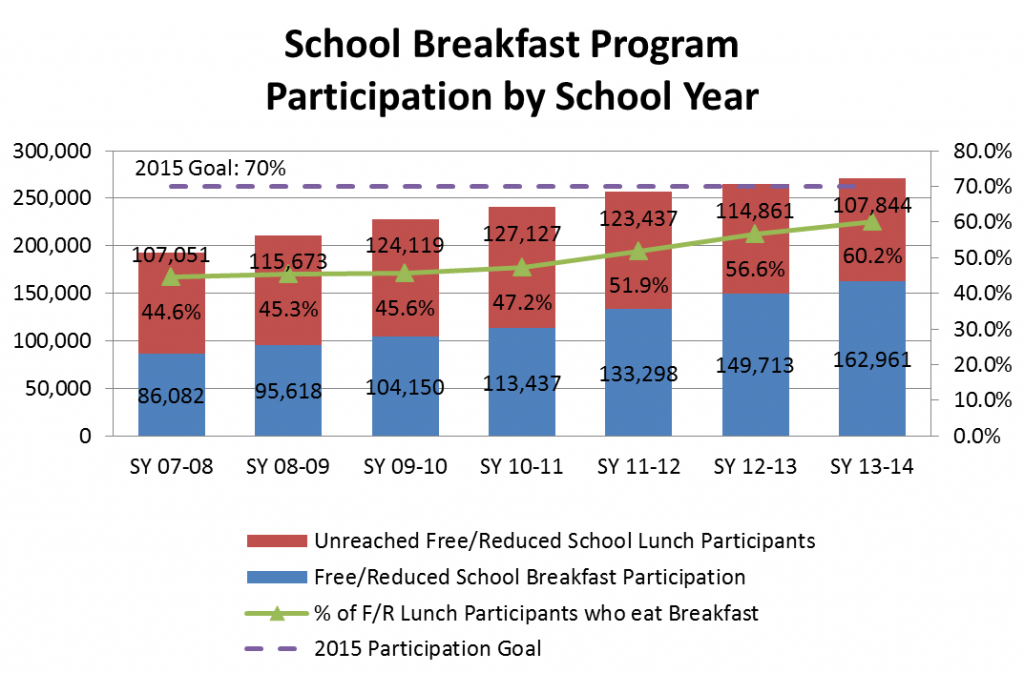 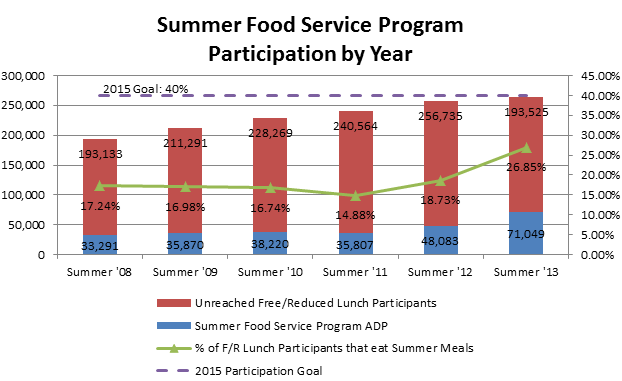